Welcome to the Ideal City: Todi, a beautiful Medieval city right in the heart of Umbria, the place where peace and quiet are the order of the day. Umbria is the green heart of Italy, where nature is held in high regard. It’s filled with iconic sights, an authentic countryside, natural reserves and world-renowned art cities. 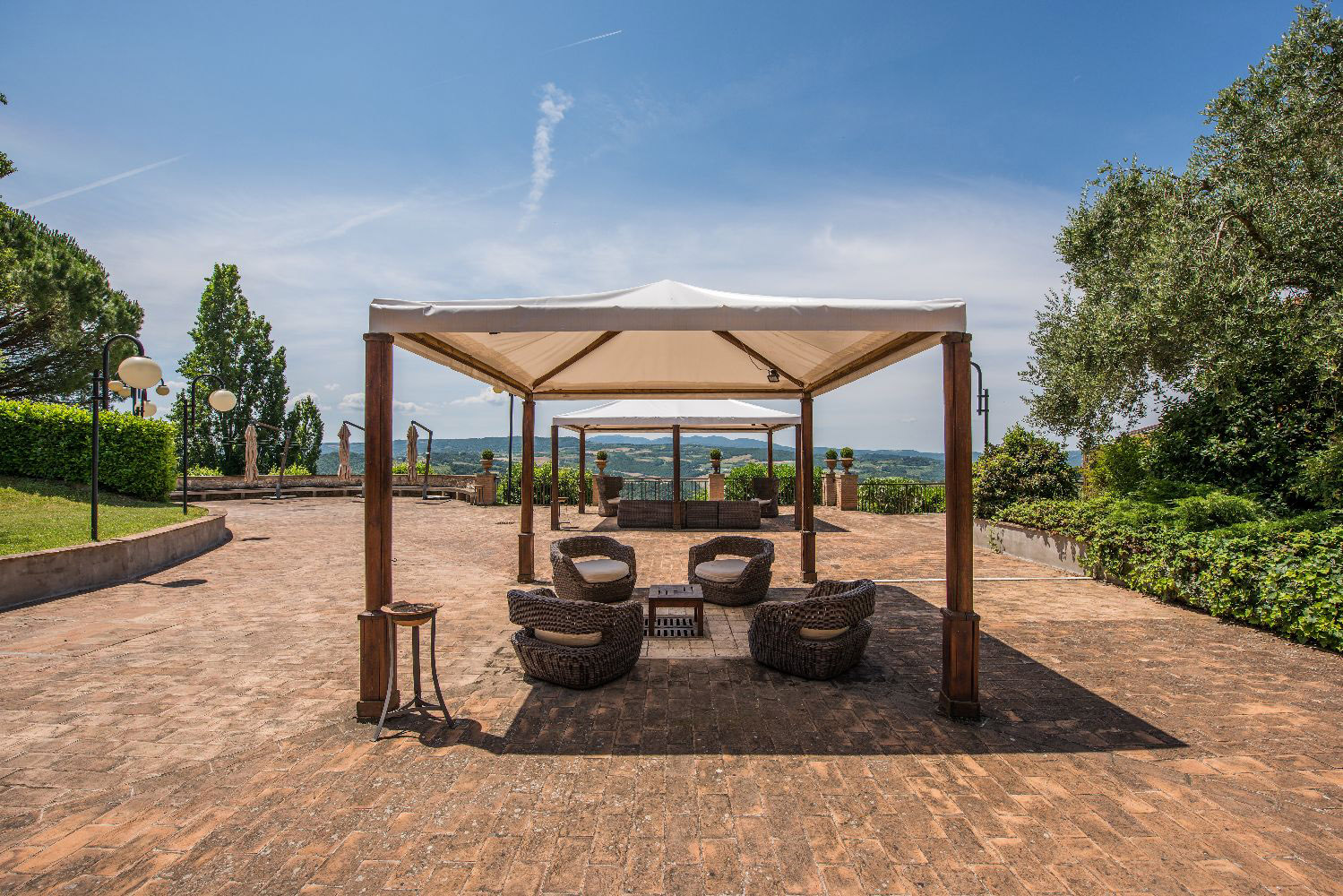 Step foot into Todi, a mesmerizing city in the middle of Italy. Built around 2700 BC, it shows traces of Etruscan and Roman civilization. Located on a two-crested hill, overlooking the the Tiber, it holds one of the most beautiful sights to be seen in Umbria. Although first occupied by the Etruscans, the Romans took over and levelled Todi’s hilltops in order to make the great Piazza del Popolo, the historical center of the town which still looks very similar today as it did during the Middle Ages.

The hotel is built in a mansion that dates back to the twelfth century. Bought in the 70’s by the father of the current owners, Francesco Montori had the idea to buy a ruin with an adjunct farm. It has been renovated and expanded over the years to become the Hotel Bramante as it stands today. Named after the Temple of Santa Maria della Consolazione, a 16th century church built for Donato Bramante, which is located right above the Hotel. It is very spacious with 22 available rooms, and the inside is artfully decorated by artist Meg Robert. He studied and repurposed style drawings with medieval art in the various corners of the residence and curated the restyling of the furnishings throughout the whole establishment. This makes for a very satisfying harmony with the classic origins of ‘La Casa’ and it’s natural surroundings.